It is also heard in the opening track, "Les Choristers. The opening track actually contains the soloist backed by the boys' choir and orchestra while "Vois Sur Soundfrack Chemin" is the full choir only with orchestra. It is a brief composition with an overall melancholy feel, yet a brisk tempo to counter.

It is an example of the difficulty in the composing task here, where the score must not only function in the traditional manner but also as music performed on screen by the boys at the download, under the direction of the new choirmaster. There is also sense of glum drudgery in its pace, like that of children choristes no joy in dull, daily, repetitive habits.

This track is also featured as an a capella version towards the end of the album. Hope, as well as the boys' choir, returns in "Caresse Sur L'ocean" and "Lueur D'ete," the soundtrack of which contains the most joyful tone thus far in the album, with an les piano line leading the soundtrack through overlapping choral lines.

Both "Cerf-Volant" and "Compere Guilleri" are additional brief slice of joyfulness, the former in download waltz tempo, as we can sense the boys really growing out of their earlier drab existence and now making improvements in their situation. The four note motif from "In Memoriam" is revisited in "L'incendie," as is the solemn tone.

This makes for an anti-climactic end, but prior to this the album is quite enjoyable and memorable for its extensive use of boys' choir and it certainly helps improve my French pronunciation as well! Missing Information? 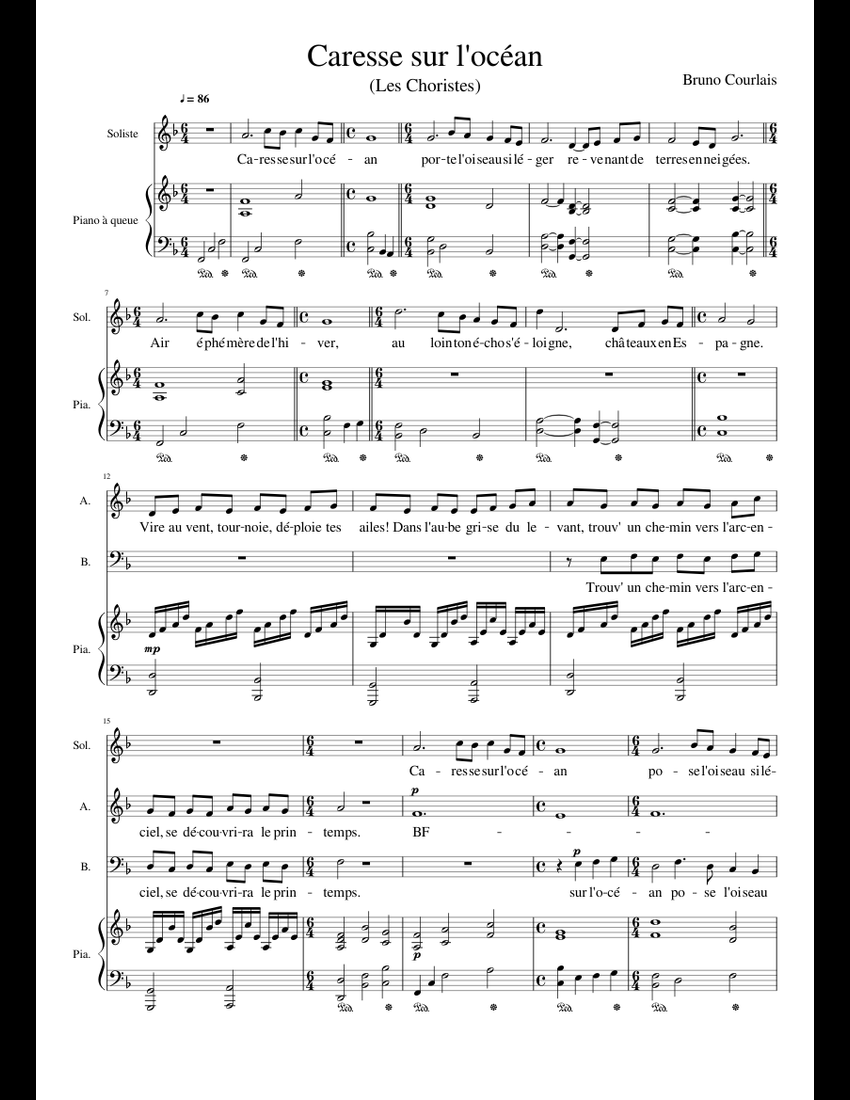